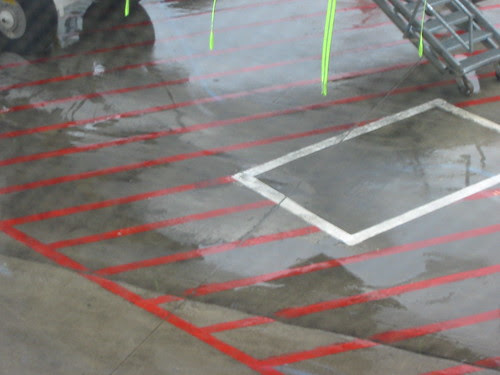 Coleridge’s “ague fit of Love”’s
A kind of carnal palsy,
The body’s meat unstringing itself
With a high desperado whine
Chronicled nowhere, unordain’d by measure.
The Child Ballad line “In
Argument I chanced to hear
A Carnal and a Crane”
Is put into the brain’s
Rack and its joints slowly
Ratchet’d into dislocation: that’s a
Different carnal, a folk bastard
Meaning crow. See corneille, French
For crow. See, too, corbeau
For the bigger and gruffer
Raven, “an Unkindness of Ravens.”
The Twa Corbies is another
(Scottish) variant of a Child
Ballad, with the refrain “Where
Sall we gang and dine
To-day,” precisely what the body’s
Meat wants, done with shuddering.

Sign of what the tired body in its o’erreaching dawn-sport, um, reaches. (“Falstaff: Have I laid my brain in the sun and dried it, that it wants matter to prevent so gross o’erreaching as this? Am I ridden with a Welsh goat too? shall I have a coxcomb of frieze? ’Tis time I were choked with a piece of toasted cheese.”) Yesterday, sitting in the sun, bench’d, read another hundred or so pages of 1919. It gallops. Two killdeer flying aimlessly and shrieking in the setting sun, Dopplering one another. Dos Passos’s word traurig. (Sie hat ein trauriges Gesicht.) Thinking how I didn’t know precisely what “freesia” is, or looks like. Choked with a piece of toast’d freesia, ’tis time, HURRY UP PLEASE IT’S TIME. 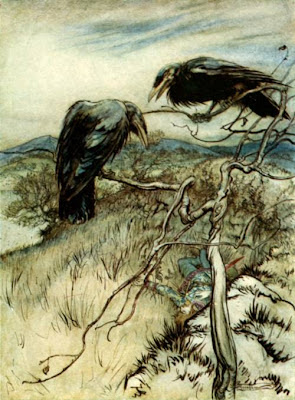