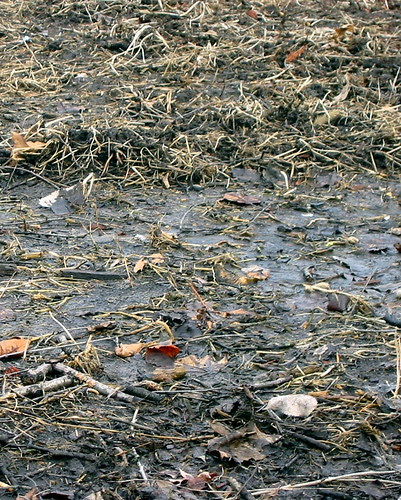 Like a piece of congoleum beginning to curl up in the nigh-
Tropical heat of the Keys, something a boy with a cowlick’d
Like to pry up off the plywood with a kitchen knife and use
For a pretend Hindustani sleigh ride over the palmetto grass,

I am thinking of you in Brazil, standing in a port dump with
A terribly dark beard, clotted up with a motherfucker bunch of
Barely form’d ideas, trying to keep the binomials straight, the
Different fishes of the saltwater estuary that’s long as the whole

State of Connecticut. There’s the hill upstate named Connecticut,
Some professorial rambler claim’d a cloudless day’d allow one to see
The state itself if one climb’d it. I love the nineteenth century walkers
Putting the nomenclature down in neat manly scripts in leather-

Cover’d notebooks. The money’d story’d is what I say. Mid-
Twentieth century I spent one whole morning tramping Connecticut
Hill trying to locate a black-throated blue, a peevish flitting thing just
Out of reach in the scrap deciduous understory. A bird with

A rich cream-color’d lozenge stuck like a label to its wing. Or
A bookmark. There’s a man without money who hides during the day
In the library to sleep, who carries a stout bent walking cane he’s
Cover’d the end of with layer after layer of shiny duct tape

So that it’s the size of a boot. To beat off attacks by blackguards
Or spooks. He’s got a fine white beard he washes daily
In the public lavatory, keeping the cane nearby. He writes
A circular monotonous script that completely covers scraps of paper,

None of it decipherable for all its rhythmic preciosity. And James,
Wholly bewilder’d by tropical profusion and the “erratic drift” of the world,
Writes to Henry (dateline Original Seat of Garden of Eden) he’s capable
Only of “savage inarticulate cries to express the loveliness”: Houp la la!

How difficult it seems—thumbing, skimming—to enter into Oppen’s Daybooks. (In the Stephen Cope edited George Oppen: Selected Prose, Daybooks, and Papers (University of California Press, 2007)). Too few the particulars. Too obvious the leanings up against the big statement: “A totally objective art, an art of caprice which means to say nothing of oneself or one’s situation, an art of pure construction.” Or:

The fact is, we are hopelessly caught in phenomena.
The mind’s inherent sense of logic is a phenomenon.

I keep looking for a miss’d smudge of humor, some sloppy tomfoolery. Assuaged only a little by the merest hint of a world, some physical thing: “fields of the mock-sage” or even “the big dumb form of the moon” What’s odd it how one argument Oppen makes for the poem is that it point, that it be nothing more that instructions to look:

The poem (narrative) depends for its “argument” on vividness—One might regard it as incoherent in the way that a man may seem incoherent whose argument consists finally in repeating—“But look, But look—!”

incoherent in the manner of a man who repeats “but look, but look”—coherent and convincing enuf to those who will or can look—

Or, later, points to “images” themselves as “small narratives with the poem.” Which reminds me—thinking of the use of images—of an admission Duncan makes to Levertov (c. 1959) after receiving Jerome Rothenberg’s Poems from a Floating World, saying: “I did think the insistence on image a healthy one. Especially since my work right now seems to be getting more and more didactive ‘opinionated’—” Is there another variable function to put into play besides speech / music, namely sensual (imaged) / ratiocinatory (declared)? (Is there another integral between “brutality” and “preciousness”? See Oppen’s: “Brutality is a beginning: preciousness in an end.” Which is precious enough to my ear.)

(Is it totally accidental that I keep coming across what seem like thinly-veil’d admonitions to the young? Who’d lend sympathy—or buoyant goodwill—to someone who’d write: “you men may wish ‘to write poetry’ At 55, my desires are more specific”?) Though one’s mounting blank indifference is ruffled up somewhat by learning of Oppen’s “Pipe-Stem Daybook,” being “papers bound by Oppen into a small makeshift book by means of pipe-stem cleaners (ca. 1966).” Or one is intrigued by a note appended to the word “prosody”:

The poem made of lines fitted one into another like gather’d stones uncut, the task being the finding of the “set” of each line, its heft and weight and bulge.

Admittedly, a wholly mischievous way to read, bouncing around, like chasing after the mucker’s truck (celery farm), stooping for gleanings, meaning whatever’s tumbled off. Is there a continual tug in Oppen between demanding the poem be a “process of thought” and longing for a “systematic aesthetics,” a stilling point? Everywhere signs of it: “The final look of things” and “form       the completed act of the intellect” versus say, “OBJECT in the poem: its function is to burst” or “Perhaps it has no form, we move thru it / ‘An indeterminate medium . . . / Empty of value’”

Noting how, regardless the lessons of Pound and Williams—“a breaking of conventional forms, a releasing of speech”—the young’ll turn “eventually to a reappraisal of Stevens and Eliot of the Quartets”: “For Pound and Williams are without intellectual interest” Confirming a swift-running thoughtlet that raced briefly around the brainbox, how Oppen’s tiny remarks remind’d one most of Wallace Stevens’s Adagia, the kind of vaporous niggles like “Poetry has to be something more than a conception of the mind. It has to be a revelation of nature. Conceptions are artificial. Perceptions are essential” that one drifts erratically away out of reach of, trusting the old codger’ll not notice the audience gone. Too, there’s Oppen’s rejection of the poseur—“I dislike most of all the theatrical ethic, the ethics of posture. The English gentleman, the fiery Latin, the Boulevardier or the hermit”—missing the surly aphorist. As if perception might declare itself unshaped by any maker, he warns against even “grace”—oddly enough in words, judging by the strikethroughs, that clearly didn’t spring full-bust’d out of some Zeusify’d brow:

Williams is wrong, merely wrong, wheren he destroys or does not achieve the form of thought the form of language, of perception, and ^for^ the sake of grace, of manner.