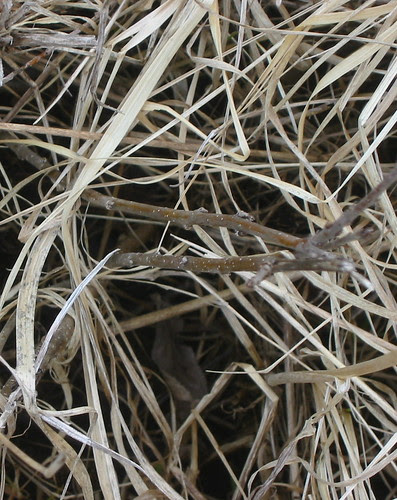 A lob is a bumpkin
Reeling under the sun’s haw
Unharnass’d. Hath not the tongue.
A yob is urban-knuckled
And tattoo’d, brassy with defiance
Rude. Thus asymptotically a language’s
Rout’d out unwaveringly, and one’s
Preciosity gets ratchet’d down though
Never to expire finally, ô
Beau Geste! Something rather ta-
Ta, governor about the smell
Of carbolic soap in passageways,
About the jodhpur shape of
The hedges outside the rectory.
Only the American robin working
The massive grounds for earthworms,
Cock’d head and scurry, says
Buddy, we ain’t in Bristol.
A taw is a shooter
The thumb fires off a
Crook’d index finger to knock
A foe’s—Is foe short
For foreign?—marble out, down
Crouch, bent knee, short pants.

The sun rambunct’d, the tree buds bulged fat, the cussèd crocuses popped forth, the dog snuffled up interminable inter-fraught traceries of smells. I lick’d the pencil’s lead and apply’d it to 1040s, punching veritable holes in the newsprint with my splendid industry. A model citizen, vowing to withhold it all if the bastards sortie’d out to bomb the Fertile Crescent. Tigris and Euphrates, Mesopotamia, words of my tender emphatic youth. Do not fat rolls of stark color lithography’d maps hang in history classrooms any longer? Do not teachers hoist they britches-slipping trousers and unclot they phlegmy-vocal tubes in the process of slapping a pointer (satisfying muffle-thudagainst an orange-color’d wedge): “Mesopotamia, call’d the Cradle of Civilization.” And one’d likely thrill a little to the way it echo’d Potowatomi, the local Indian monicker, so that one’d make always an untoward connection, peopling the beech and oak and maple forests of southeastern Michigan with ur-Iranians, Persians in moccasins.

Read most—the Duncan / Levertov letters thrust temporarily to the back “hob”—“A hob is a burner”—of a little book titled The Childhood of Edward Thomas: A Fragment of Autobiography, entirely unfinish’d (though not at all fragment’d as it stands) at Thomas’s death at the battle of Arras in 1917 at the age of 39. Terrifically writ early smudges of memory, of two “avoided” kids in “the lowest class of a large suburban board school”:

One a poor dirty girl without eyelashes who came from an old hovel at the top of one of the poorer and older streets, and has lent a certain disrelish ever since to the name of “Lizzie”; the other was a boy whom I had seen charging at his desk with his head lowered, like a bull.

Which so emphatically introduces out of one of the stage-wings of my brainbox the poorest and foul-smellingest member of my own elementary school class in northern Michigan, I sincerely believe her name to’ve been Wilhelmina, a dirty-blonde waif who wet herself in the middle of some quiet activity, urine pooling yellow under her chair. I think she got call’d “Willie,” though she seem’d to have no friends whatsoever, only those who didn’t pester her versus those who, cruelly, did. Thomas’s piece of autobiography is full of deftly-put ineffables:

A mad dog had run into one of the narrow front garden and lay just inside the railings; a man on the other side with a pickaxe was about to kill the dog; and a small crowd had collected in the roadway. I do not know that I saw the blow struck, but the idea of sharp heavy steel piercing the shaggy hair, flesh and bone of a living creature has remained horrible and ineffaceable ever since.

Et puis, sure sign of a writer, Thomas’s seeing words as particular and chewable as stalks of timothy glean’d in the fields (to use a mundane norteamericano metaphor):

Part of the pleasure of a book was still, I think, the strangeness of words as well as things. Thus I was arrested by the quaintness of Isaak Walton’s spelling, as in ‘pearch’ for perch, of his archaic names, such as ‘luce’ for pike, of unfamiliar personal names like those of the travelers Speke and Grant, as well as by the nasty horror of Africans eating fat torn from a live human body in Sir Samuel Baker’s book.

And accurate regarding the wrong sorts of hoo-hah award’d the classics—here, the Æneid and Shakespeare:

To me they remained prose rendered obscure and tedious, in the one case by foreign language, and in the other by archaisms, inversions, and other unfamiliar and as yet impotent forms. Often there were worse than obscure. The passages that stuck fast in the rut which they wore in our brains were bandied about for their comicality. ‘All became silent’, ‘The strawberry grows beneath the nettle’, ‘By thinking on the frosty Caucasus,’ ‘Tennis balls, my liege,’ and other phrases had to be uttered with a grin and received with a grin. . . . Blank verse I regarded as a form of prose, licentious in construction and divided wantonly into lines as if it were poetry.

Probably the kind of misapprehension that imparts a sly new proficiency, a turn’d diligence and occasions bravado. Thomas wrote something like one hundred and forty poems in barely two years, with a late beginning and untimely end. I love the 1915 lines:

But these things also are Spring’s—
On banks by the roadside the grass
Long-dead that is greyer now
Than all the Winter it was;

The shell of a little snail bleached
In the grass: chip of flint, and mite
Of chalk; and the small birds’ dung
In splashes of purest white:

All the white things a man mistakes
For earliest violets
Who seeks through Winter’s ruins
Something to pay Winter’s debts,

While the North blows, and starling flocks
By chattering on and on
Keep their spirits up in the mist,
And Spring’s here, Winter’s not gone.

Loved largely for its evidence of acquaintance with the tiny, with how everything begins so whitely, and ends so. And of a man who in boyhood wrote “in the worst possible Latin on the flyleaf of my algebra book: ‘I love birds more than books’”—cause of contemptuous smiles. Whose “wrists and hands and arms were always decorated with scratches during the bird-nesting season”—following the turn-of-the-century naturalist mania for egg collecting. Who liked nothing better than a ramble: “Talking, and looking at the earth and the sky, we just walked about until it was dark. Students we were not: nothing was pursued to the uttermost.” To be partisan and devotee to that. 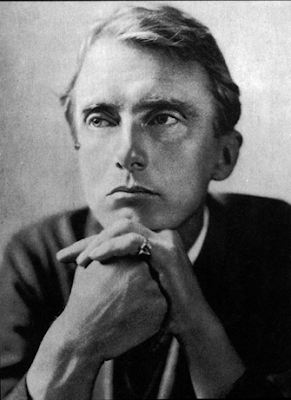