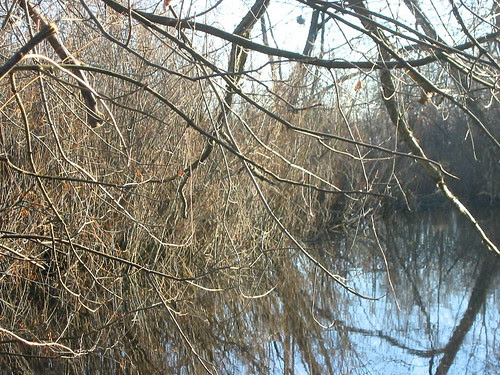 One thing one is astound’d by in the Duncan / Levertov correspondence: the amount of typing and copying and re-typing that’s done. I suspect there’s a whole “study” there, how, freed of the constraints of the era of smudgy carbon paper, freed to Xerox, effortlessly, or “print out” copies—the poets norteamericanos got down to uninterrupt’d sheer overwhelm of producing nonstop a glut and battery of work. It’s stunning (to me) to conclude (suddenly, revelatory) how a whole monkey’s offspring of poets norteamericanos never had to retype a whole page in order to change a single word. That kind of busywork’ll cut into one’s certainty and spill in a hurry, make for a jive consider’d gel, and not no whippet-thin dribble. (A corollary: how, in the age of ransackable “fonts,” the experience of seeing one’s work suddenly dignify’d by variable spacing (in a magazine, or book) is no longer available. One sees final product thrown indefatigably up against the flat screen soon’s the get-go, no chewable moment of transformation (introspection and regret) allow’d. Duncan: “I do love the solid print. One sees again, meets the poem anew (as if the typescripts then are suddenly freshend too—a book springs to the imagination)—”)

One thing that makes the book—The Letters of Robert Duncan and Denise Levertov, edited by Robert J. Bertholf and Albert Gelpi (Stanford University Press, 2004)—tug so utterly (again, up too late pulling off long swathes of its prose) is Duncan’s capacity and range—for self-inspecting, certainly, though, too, for going against impulse, against allegiance. He is not stingy, not astringent. Duncan’s own comparison of himself to Coleridge seems apt (he’s in Bañalbufar, Majorca, c. 1955, completely itchy for “talk”):

My notebooks are becoming deformd by the “ideas” which ordinarily I throw away into talk, invaluable talk for a head like mine that no wastebasket could keep clear for a poem. I can more than understand dear old Coleridge who grew up to be a boring machine of talk; I can fear for my own poor soul. And, isolated from the city of idle chatter, here, my head fills up, painfully, with insistent IMPORTANT things-to-say. I toss at night, spring out of bed to sit for hours, crouchd over a candle writing out—ideas, ideas, ideas. . . . Nor does my reading matter help—I have deserted Cocteau for a while because his ratiocination was perhaps the contagion; and the Zohar which irritates the cerebral automatism.

And, maybe more to “today’s” point, here in the miasma of a period style “set” (as concrete does) by the rampant perspicacity that accompanies our watchdog socius and our unleash’d panoptic technology, is Duncan’s fight with the “modern” day’s expectations:

Calling up too conflicts of poetry or too—impulses toward extravagant fantasy, my attempt to reawaken the “romantic” allegiances in myself—to Poe, or Coleridge, or Blake—are inhibited by “modern” conscience; I grow appalld at the diffusion of the concrete. It’s I suppose an impatience with my inabilities more than a conflict. The hardest struggle is to give up achievement . . . The desire to have imagination freed again, with the preconceptions from the ways it was free before. It’s to give that up, to be willing not to have the power and to explore then, powerless to be willing to work.

Which, in an “era” of “projects” and mutual aid writing assignments and constant tatting up of the rags and scraps of one’s “achievements”—is refreshing indeed. A month later Duncan is defending the writing of ballads (“for Helen Adam who herself writes nothing but ballads which horrify all aesthetic sense and subvert because they appeal to something just long enuf ago to have preceded values”):

I do not know why we are ashamed of fancy. Has imagination really won the battle? So: there was another determination in yielding to these pseudo-ballads, for the freedom itself from my own technical pride. Yet there is no pure invalidity possible. And both ballads in spite of my concept return like crows to the corpse of some experience. My sense for it is anyway to let the writing loose from its moorings if need be but to allow range; and now where it might happen above or below, nobly or ignobly to disrupt the personal. When you ask why I am writing that way or is it the right direction that all belongs to the me who is shaped, impelld, made as I make the poem. But the words and the poem are also all other and less or more than what we use them for or how we are used by them. The Ballads are no more nor less than a nurse reading by a fireside, a simple minded bogey rime. Almost immoral when we are lined up in the Armageddon of verse against form or poetry. But I don’t believe in this battle of the species. It is not a question of “no matter what” any more than any interest is; and it is the interest in, not the faith, that I wld. take as my clue.

“Grace / to be born and live as variously as possible” is another way of getting there. As is a certain contempt for (distrust of) “style” itself:

Style is certainly a part of the whole act—not the whole. Style whatever it may be, may be also so general as to transcend identity. The particular of style that gives signature or value, I think courage might disregard and even, outgrow. You know, the Olson-thing; or the Duncan-thing or the Levertov-thing. We can certainly and do if we are passionately moved confound aesthetics.

Funny moment of Duncan referring to Olson as a “horse” (brought to the water of Levertov’s poems, water, apparently, by Olson, undrunk—he discount’d some as “measured, ‘made’” (meaning, lacking the vatic “blow”). Funny to see Duncan and Levertov looking at Ginsberg amd Corso as “the young.” Levertov—after a visit made by Ginsberg, Corso, and the Orlovsky brothers to her in Mexico—noting how “they cultivate loneliness & all else, till qualities lose their original wild robust character; lose their scent as some flowers do when gardenbred.” She sees a kind of collective fetishing of experience itself: “And then, the making of a mystique out of what they (individually & collectively) are; that seems to me adolescent. One wants to relate one experience to another, to perceive one’s experience [so] that it fulfills its weight & meaning—but they go beyond that & make every experience have more importance than it can carry.” Persistent feature of groupuscular behavior. Funny to read Duncan’s term (pick’d up, no doubt, in Majorca) for the overflow of poets in San Francisco: “a muchedumbre of poets.” Meaning, simply, a multitude, though obviously cleaving to something akin to idiocy in its anglicized shape. (Of all Duncan’s orthographic irregularities and tics—and I am a connoisseur and purveyour of such—the only one that “bothers” me is the insistence on writing “thought” as thot as if it rhymed with snot.) 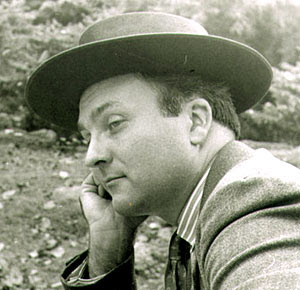