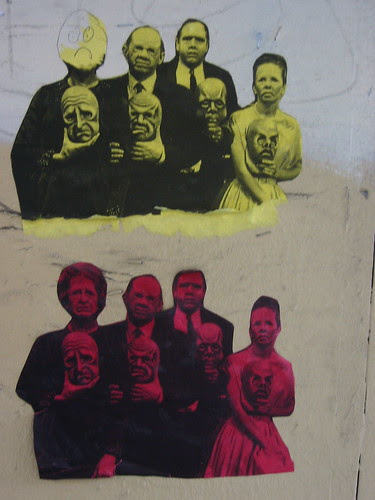 (with harmonium accompaniment) in Harry Mathews’s The Conversions (1962) and Frank O’Hara and Bill Berkson’s brotherly Angelicus and Fidelio Fobb collaborations (written roughly August 1961-February 1962, collect’d as “The Letters of Angelicus & Fidelio Fobb” in Hymns of St. Bridget & Other Writings (The Owl Press, 2001)? The question made me rustle up, too, mostly unread copies of Kenneth Koch’s The Red Robins (1975) and Edwin Denby’s Mrs. W’s Last Sandwich (1972, though written 1934-37), looking for what? More siblings? (Denby obliges: Luis and Gil Montoya team up with Rosamond, “a spirited American girl” in Mallorca. Koch maintains largely a first-name-only chumminess with the Red Robins—aviators—and inveigles whatever comes down the pike into the narrative “wash”):

. . . there is probably a greater likeness between any two literatures of the world than there is between that of America and England. This is because the surface similarities are so great that the writer in either country (perhaps more particularly in the United States) is not driven to express himself peculiarly in what amounts to a totally radical fashion. That is to say, the writer does not need to find the exact words for every thing, kind of person, and action and then fit them all together to make a whole and coherent truth. Already given a language that had partly done this (for its past, at least, for it is a process which must be continually re-done) the American writer, in being able to dispense with the central, nay crucial nub of the creative process, has created a literature unrivalled anywhere . . . for the apparently helter-skelter triviality of its concerns. It is like the sort of bread that might be baked by a baker who had already been given the crusts. . . . So not only the content but even the surface of American books is utterly mystifying! But these books . . . do come to bear certain (perhaps accidental) resemblances to the literatures of such out-of-the-way places as Africa and the Far East, but they will never resemble any English work until they have fled full circle . . . all the way around the globe. . . . For English is what the American ‘language’ or literature is being created FROM, therefore of necessity by very definition fleeing from.

Pure Wyatt apply’d to the mechanics of literary change—“They flee from me, that sometime did me seek / . . . / I have seen them, gentle, tame, and meek, / That now are wild . . .” Etc. All put in the mouth of “Chinese philosopher” Ni-shu, responsable, too, of “a new kind of a criticism,” one that, preferring the work of Shelley to Keats, claims “I must blue bird begin with rotten straphangers as the Yugoslavian boat ‘sinks’; it dives into the ocean, and when it reemerges, Nineveh is on deck, by copulation submerged.” That “copulation submerged” referring, no doubt, to siblings. For it is not in the deliberately (n’oubliez pas: “from” + “freedom”) amenable (“to” + “lead a horse to water”) tugs of enmity, nor in the mutual sensorium of mere friendship that the “group formation” (how socio!) of the New York School lies—it is in moist rages and tergiversate reunions imperishable of the sibling camp! Undying commitment and rivalry! Siamesely unshreddable bonds! Looky: one (or two) writes:

When someone says Soho I think of Chinamen it’s funny
about as funny as a death in the family and when
alas ach yelp
Michigan was very boring for the two sisters Annas
and that’s what happens when you fuck a lot
and don’t get paid enough
yet how beautiful all the hair is in hot weather and bed
is like a Niagara of cocoa butter flair for winds outdistance itself
how now weathered weather!
Michigan was very boring for the two sisters
Annas
Now they have come back to us
by way of a cough which is very puritan
as when actors clear their throats
it is because you’re guilty about being another person isn’t it?
air (what’s air) what lovely sand and oily swells and fog and mysterious laughs
where is Anna I and Anna II?

That’s Berkson and O’Hara again—a piece call’d “In the Summer House (With St. Bridget),” out of the 1974 Adventures in Poetry Hymns of St. Bridget stenograph. More beastly sibs! “Weathered weather” is the perfect metaphor—that catch of the indistinguishable, both “guilty about being another person” and inseparable, totalized, neat—“where is Anna I and Anna II?” (Be there any doubt at all re: the sorority of “Bonnie and Josie / Dressed in calico” who dance “around a stump” in Oklahoma in Stevens’s “Life Is Motion”—that “Ohoyaho / Ohoo” a siblingesque cry if any were . . .) James Schuyler’s impeccable little book about the prickly kids Alfred and Guinevere: a candidate, too.

A plaisanterie mania’s in effect here, and catching—it is not unlike the tendency of brothers (or sisters) to fall into private lingoes, confounding outsiders. I am curious, too,—too?—how it arrives that post-war “poet’s prose” begins to consist of blaguery after blaguery—a “consummé” of blaguery, canny furtive asides, divertissements, strict turnings out of the world. In Mathews’s The Conversions one whiffs through a Panarchist doctrine known as “éclairagisme” (“it reduced all social ills to one—darkness”), wobbles into a list of suppress’d books (Thomas Campbell’s Gertrude of Wyoming and Mary Elizabeth Braddon’s Only a clod catch the interloper’s eye, who only vaguely wonders if they’re invent’d or not—answer: not), and on &c. it goes—belabor’d renderings of Isidore Fod’s method for farming a “partial antidote” to a “tracheitic plague” out the “venom of the local ischnogaster wasp—amusement quotient dropping steady.) Even the Schuyler-Ashbery fling, A Nest of Ninnies (with the sibling Bridgewaters, Fabia and Victor), musters up some aimless longueurs. (Though, generally, outbursts of dement’d American demotic save it: “‘Aw, can it, Sis,’ Victor scowled.” Or the tinkle-y, “‘It’s wonderful what white paint will do for a place.’”) Is there a poetic of sorts in

Mrs. Bridgewater sighed. “Mildred just says the first thing that pops into her head.”
“Oh I don’t mind that,” Fabia said. “It’s one of her nicer qualities.”

Two becomes one often
enough to keep the floodgates closed against art
or any abstraction which might make us one
instead of two singular steeples necessarily
together
ah yes the two natures of my personality
even as a saint, cher maître, you understand, don’t
one has two eyes, don’t one, and is not self-sufficient
and if one eye should stray slightly in emphasis
it is thrilling should stray back is even more so

Which is Berkson and O’Hara again in “St. Bridget’s Hymn to Willem de Kooning,” needling the joists of a companionable doublure, lest the hymning curtail itself defalcate. (One way to put it.) Always in the daily ramp’d-up scurry of writing these notes there’s the fraternal permission I allow myself, amidst admissible mayhem and roistering, the chance that I am not saying a thing. That I, “human integral clove asunder” (Melville, that sisterly man, who saw so meanly into the essential raw “brokedness” of the American soul), mightn’t offer up anything even so audacious as a list (its hearty stackability, its dishonest feints to conclude by mere including). I trot out my ponies, make a skittish array, a nervous spectacle, nostril’d colts and tangled manes. Or say I am like the book-collector and cultural theorist Aby Warburg, attempting by arrangement of particulars—book next to book—to express the ineffable whole of it all (I’ll be no more precise than that forever), though he, too, annotated the findings, wrote commentaries in what he call’d a “thick eel-gruel style.” Meaning, meaning (what one’s “after” after all) is to inhere in the sheer welter and arrangement. Which is, one supposes, Poundian juxtaposing all over again. The difficulty lies in removing oneself (the catcalls, the saucy interjects, all the sweet scat of opining) out of the line-up. As O’Hara says somewhere, “sentiment is always intruding on form.” Maybe the “art” inheres in the tension between the two (two brothers tugging at the same new toy), that eternal high chthonic tussle. Bah. 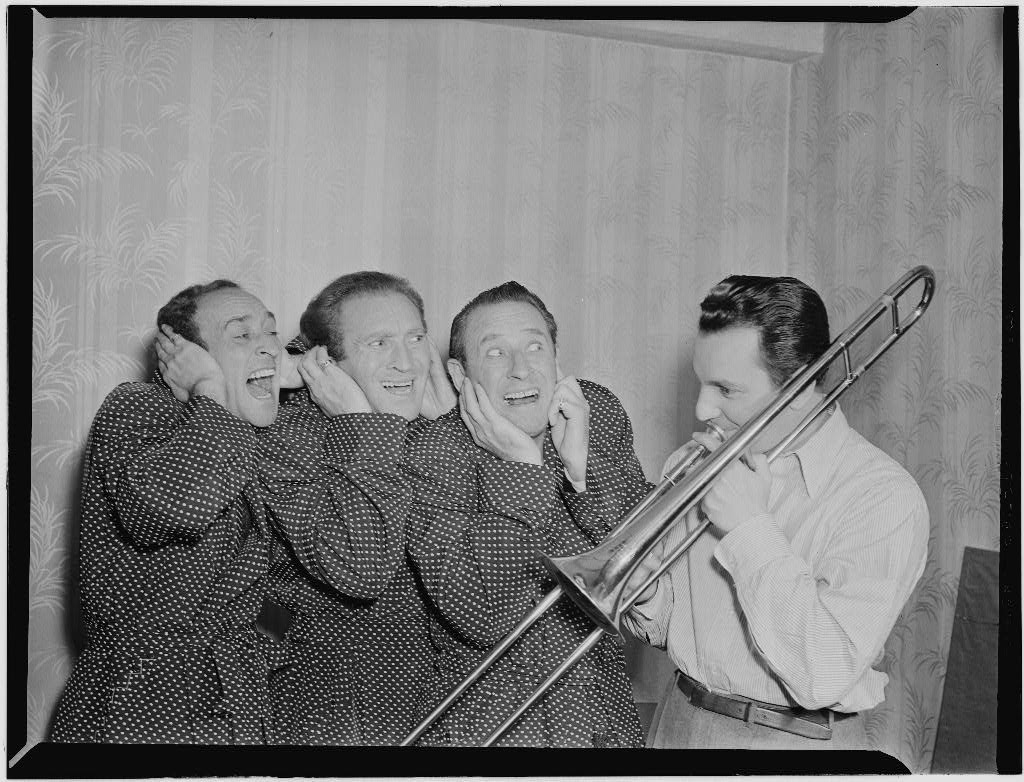