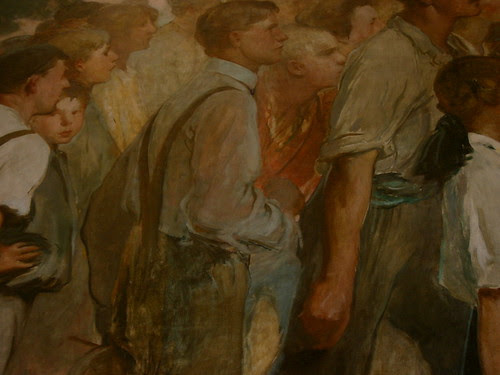 What I think of confront’d by the impeccably wrap’d bundle of chapbooks Mary Hickman and Robert Fernandez of Cosa Nostra Editions mail’d off way back in the torrents of spring. These are exquisitely (and simply—simplicity of design rendering grace to the maker, as Mother Ann Lee says, or Eric Gill) present’d, and of a pertinent sameness in (interior) design, title pages box’d, hand-stich’d with letterpress’d covers.

Jon Leon’s Alexandra’s got the inadvertent structures, local weathers, and integrity of a notebook—what look like copybook (quoted) entries next to draft-loose pieces, some titled, endings uncertain, boundaries shifting and imprecise. One reads it whole, a notebook named Alexandra. (Next’ll come Beth.) There’s a tiny address to William T. Vollman (“William / I am very close to your assertion / that yes / there are angels / in the form of hookers”); there’s reference to D. H. Lawrence, Jack Spicer, H.D., Teenage Jesus & the Jerks, Baudelaire (“love is not romantic / love is Baudelaire’s / pimpled ass / I knew him / / he was sort of the / kid brother / I never acid”); there is sex theory (“the ‘universe’ of libidinous cathexis is likewise reduced”) and sex hydraulics (“As the happiness built up in him, he would start gulping down one stream while he sent the other splashing all over his face. The milk made him wonderfully crazy.”) And tiny fine-fettled speech acts:

I did not breathe
to begin with

yes
for one dollar
you can download the pdf

Is it only because it’s recently perused that memory of Oppen’s Daybooks (cloggier, molassic in comparison to Leon’s fleet glyptic scrollery, the “writ in water cut in stone,” such is its thrift and plié and breakage—that is, deft tonal shifts and registers, and with terrific range) pops up, a model? A fine run of stopped-down wonder and uncertainty’s reprise in a jot following mention of Spicer’s duende:

whatever he means by damp
my eyes are growing
wide


I consider a fixative

consciousness
of someone else

a union is not a group

no
I have replaced all

no I have new named
it is longing

though
imagination has beget

My inklings of what’s going down here interrupt’d (correct’d) almost virgule by virgule. That is, if I start’d out with a notion of weight’d particulars—a pleasing enigmatic arrangement (Cornell), I toss’d in my lot shortly with a plan of unweight’d particulars—a mesh, a net of sound (though sound, beginning with a brusque salvo, “in speak- / easy no sleep bright-eye,” did seem of secondary import up to, say, “jam jar stringtown joetown kalona” where Clark Coolidge enter’d my brainbox, look’d wide-eyed about, and stoop’d hunch-shoulder’dly back out). One’s presumably allow’d (able) to construct a travel trajectory here (maybe by train, lurch and clack mark’d by the jar of phrasings): that’d be one reading. (Though probably less exciting—to me—stuck now into a notion of a piece of writing put down “flat,” non-gesturally—an Agnes Martin piece, an early Frank Stella or Robert Mangold?) While it seems tone here is nearly unjudgeable—there’s barely a voice—I do ascertain occasional shifts, a tiny flare-up of coyness in “kandinsky and the 3-fine-goats china”? Or is it simply magic-talk like “stone’s son turned glass”? (I see in an author’s note that Whitehead’s had a Fulbright to study Finnish fairy tales.) Criticus indeterminus, a reading without end—with a pilgrim’s traveling kit throwing off sparks of possibility left and right. (A line glean’d: “tell us / what is measure / this / is all there is please / speak slowly.” Recalls Charles Olson’s single-sheet’d “The unit the smallest there is.”)

Digitally re-mastered from the pluribus tongue,
As clack through the dance hall as all-fall-down better,
Hip bones horde language, barometric or better,
The charge for admission: lip, Tom Collins or tongue.

A girl’s just as frankly as her maximum hello,
The more thou the than-holy, the more proper the sin,
The more plum the protest, the more cilia the sin,
A treble in the palate. Pull taut this hello.

Claim virulence, back-bend & bring down the moon,
A murder of shibboleths, spruce at my thighs,
Soon-to-be-exposed-on-your-rug-or-whatever thighs,
Call me plover, call me petulant, then smile & then moon.

O’Hara’s savvy in the mix. Is it the brashness of the bravado (O’Hara’s “tight enough so that everyone will want to go to bed with you”), or that “frankly” in “A girl’s just as frankly as her maximum hello”?—there’s an sleek assurance here that’s formidable: one’d follow the poem anywhere, no? Here’s another:

Here I come over the poppy-covered hill, you put your gray cap on.
I etched you a rose in glass, carved “Tad” in my headboard, sanded it down.
I’ll play like it’s late in the war, & the outposts have feel, I promise good.
I grab my knees, solstice, equinox, pre-op, post-op, wash, rinse, spin.
I’ll bring over my little bag of beans, tin cup & cast-iron pot.
When one actor bows low, the other actor can put his boot on him.
Floyd, we are tangled up, parts touching we didn’t know we had or did that.
Tad, we’re tangled up & they’re coming up our dirt path a-stomping.
Floyd, even as you go down, the Dow goes up & up, I sometimes follow it.
Tad, what musket & ash tree—did you wrap that train track around it.
Floyd, I say you come to the kiosk every sixth Thurday, bring monte casino.
Floyd, our Tad is a good man, turns his cups upside down to dry, smart & efficient.
Tad, Floyd is good with numbers, likes tapestries & the Battle Hymn of the Republic.

Serio-comic “boy trouble” talk, that perennial girl-need to set the dopey boys straight, the rivals. Unpretentiously sticking to its one sentence per line constraint. Echo-y interior musicks: “pre-op, post-op . . . the Dow goes up & up.” A mock litany of typical domestic possibilities: “wash, rinse, spin” &c. to the bright wickedness of “When one actor bows low, the other actor can put his boot on him.” And, hints (“late in the war,” “the Battle Hymn,” “the Dow”) that the body politic’s implicated (“tangled up”) in the mess.

Simone dos Anjos’s Comedies contains two poems titled with the (to me) mysterious phrase “Said Time”—words that simultaneously recall my recent (possibly spurious) claim that “Language is time” and keep sounding like “sad time.” Here’s one of the two:

Little girls are born each spring.
And in a while it’ll be decorum
with which she wipes an old dog’s mouth,
or turns to pat the blonde piano keys.
Her impenetrable thought,
a misgiving expression
to want to always
say “May something now occur?”
Say “Anything”
Christmas was coming then,
Christmas will come again.
When an airplane lifts off
the city mourns a less recent departure.
And she sleeps to the pitch
of a snowing night, of the dog addressing
a notion that engages him
during his winter.

There’s something of the precise tone (“decorum”) of T. S. Eliot here—visible in the propriety of the question “May something now occur?” and audible in the ghosts of pentameter (“or turns to pat the blonde piano keys” is iambic through and through, and that not entirely listless turning Eliotic to a T.) There’s a kind of pushing away in the piece, one thinks a fear or refusal to directly address something, a death, a departure. I love how it—whatever it is—is cauterized (seal’d off) several times over in that final sentence: “she sleeps to the pitch / . . . of the dog addressing / a notion that engages him / during his winter.” That’s a notion nigh-completely removed, boxed within boxes. Not even her winter, his. Elsewhere: characters out of the commedia dell’arte, whence the title. Colombina, the Innamorati. Also, others: Mélisande, Rusalka, The Girl With Flaxen Hair. Considering (resignedly, savagely, defiantly) the work of inserting oneself into the rôle the “age” demands or provides:

They kiss me in the name of comedy. En travesti,
a boy in dress. By day with breasts, en travesti.
I’ve learnt enough to come early, play as softly
as I’m cast. The main task is to suit the music. 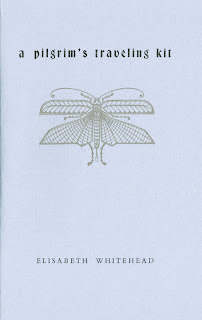 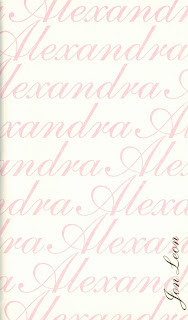 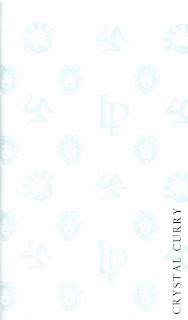 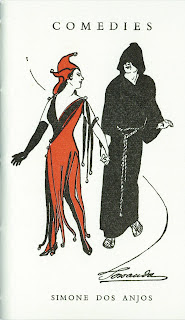