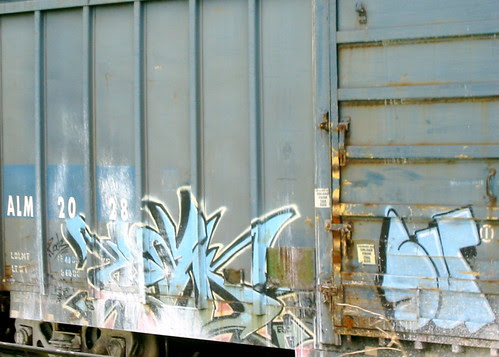 
All my verbal aptness is
borrow’d, and if I twine

my fingers thro’ the tight
jacket of black curls somebody’s

unbuckled or razor’d off temples
shorn white in an act

of remorseless momentary pining or
spontaneous religious mopery, it is

only to thwart a more
explosive need, like the good

burgher’s help dashing the cutlery
down in a rage amidst

general unclarifiable sorrows that render
dubious and mute the vocables

belling in one’s throat, or
like being mark’d absent at

a formal inquiry, or needing
a wicker armchair “from which”

to view the landscape one’s
gathered up around oneself like

a shawl. That kind of
thing, talk made formal by

its desire to ornament itself
with precision, when a savvy

grunt in the cattails’d do.
Nor is love indifferent to

its own makeshift weathers, a
scanty tempest to re-exert

one’s ardors out under high
white colonnades, the busboy’s hand

batty and convulsive, hid swimming
in a trouser pocket, does

any of the stupefying patter
of our tongue-gimmickry, loud

’s rain on dirt, ever
assuage the need interminable to

surmount such a boundary, hie
off with proof of uncommonness

breach’d beneath one good arm?
I doubt I’d know. Here

in the supply’d fiefdom, villagers
stroll up unbid, hulking Sid

and two-doubloon Sue, all
for an opportunity to grate

against one’s usuals for a
morn, whilst the unmilk’d cows

meting out its royal licks.
We the people, slipping through

the Copperplate Gothic refractory of
our storm, looking for huge

savings in liberty’s byproducts, looking
for a way to boost

up a populace, nudge it
into nay-saying with lingual

stunts, cold-bloodedly borrowing against
its crazy talk, its rev’d

up spendthrift speech, we’re doubling
up to sing together, and

the garbage is piling up
higher and higher, standing here

like Huck’s Nigger Jim, a
hairball in my trembling hands.

That one did not uncoil itself like a massasauga (Sistrurus catenatus catenatus) in smooth royal linkage and loud concatenations, no—it need’d be pull’d forth segmentally like a tapeworm. (We need a new critical language for poetry.) And if I remain “uncertain,” why, uncertainty is what keeps me rooting about my soul like a truffle-pig, one ought never become “merely officious” about love. (You do love writing, no?) Seeing some of my coevals rail about “firstness,” or “the new,” making of that love a sweaty competition, I am remind’d of Frank O’Hara’s cheeky translation of a tiny René Char explodable title’d “L’Amour”—rendering “Etre / Le premier venu” as “To be / The first comer.” As Mayakovsky says in “I Love”: “Adults have much to do.”

Richard Hughes’s A High Wind in Jamaica is terribly odd, the way things occur so swiftly, swept away, gone, a boy (whose every misadventure is heretofore recount’d) falls forty feet to ship-deck off a yard-arm, conk, and dies. End of boy. A child’s continuous present closes the wound in the scenery. (The grown-up world is equally mysterious. A ship’s captain is asked by a child to relate “about when you were little” and one only gets: “When I was a boy, . . . it wasn’t thought lucky to grease your own sea-boots. My Auntie used to grease mine before we went out with the lugger.” And then, after a pause: “We divided the fish up into six shares—one for the boat, and one for each of us.” “That,” Hughes writes, “was all.” End of being “little.” Brilliant sly asides abound. About a child’s bunk-wall artwork: “The fun was to find knots, and unevennesses in the paint, that looked like something; and then with a pencil to make them look more like it—putting an eye in the walrus, or supplying the rabbit with his missing ear. That is what artists call having a proper feeling for one’s material.” About a child telling herself stories:

. . . the strings of words she used to utter aloud had nothing to do with this: I mean, that when she made a sort of narrative noise (which was often), she did it for the noise’s sake: the silent, private formation of sentences and scenes, in one’s head, is far preferable for real story-telling. If you had been watching her then, unseen, you could only have told she was doing it by the dramatic expressions of her face, and her restless flexing and tossing—and if she had had the slightest inkling you were there, the audible rigmarole would have started again. (No one who has private thoughts going on loudly in his own head is quite sure of their not being overheard unless he is providing something else to occupy foreign ears.)

Elsewhere Hughes admits it (with relief and admiration, one senses): that children “differ in kind of thinking (are mad, in fact).” One hunch: that James Schuyler might’ve admired the thing. Something High Wind about Alfred and Guinevere, though I’d need to re-peruse the latter to say. 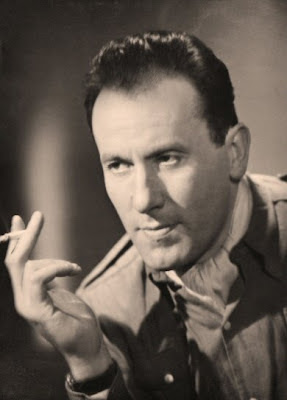