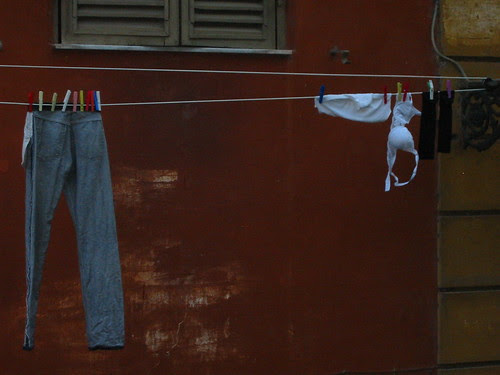 Jeans on a Line

Sap city. Rearrangements of “voice drivel.” No. Hilarious rearrangements of voice scrapings. Remember: that intensifier hilarious is generally a surefire indicator of pablum. A pre-cooked cereal for infants. Part of the dumbing down of everything.

All text is autonomous.

Pozzo: They give birth astride of a grave, the light gleams an instant, then it’s night once more.

And (later) Vladimir: Astride of a grave and a difficult birth. Down in the hole, lingeringly, the grave-digger puts on the forceps.

Everything in that “lingeringly.”