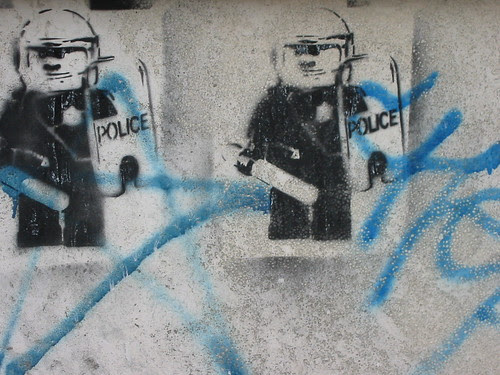 “How I could trace my steps back to some anonymity without sacrificing radiance.” Is that a reckless binary? Isn’t anonymity the only remaining possible, the sine qua non for radiance. There, in (another reckless binary) in the société anonyme is exactly where one drifts, lit within. (I want to say “gathering broken chips of sky.” I want to say “night speckled with stars, moon spackled on, rough-edged.”) There is too little anonymity.

The blog-monkeys know it. Missionaries for a paltrified hackdom. In lieu of the honest dollar for lettered fodder, the jostle now is for “cultural capital,” a thing expendable nowhere anybody but a trinket would go. Anonymity is not a necessity for veracity, veracity comes with its swat of bravado, or comes not at all. Anonymity is a necessity for the society of one’s unfettered romp: that hamster dash inside a wire wheel.

That Silliman would reduce Olson’s “project” in “Projective Verse” to a statement “antithetical to the traditional rules of exposition” is either weep-worthy or chortle-canny. The most pedestrian writer in Blogville, Silliman has been “crafting” clunky five-paragraph themes for years now. Just “the sort of thing that could be crafted into an outline, converted into a series of topic sentences, then laid out in an orderly, but definitely hierarchical structure.” “It is no accident.”

Dictation at this speed takes the scribe, often under pressure of work or disease, so fast and so deep that he writes it before it happens, and by writing it he causes it to happen, a fate game that allows the unconscious no release. He cannot escape his devils by describing them. The medium does not choose who he will serve . . . Our narrative starts everywhere. We want to assemble all the incomplete movements, like cubists, until the point is reached where the crime can commit itself.

We’ve all got to find ways to distance ourselves from our own inventions.