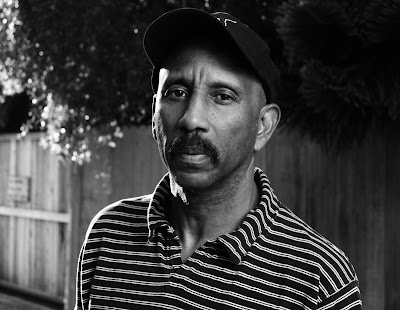 Will Alexander
(Photograph by Ramon Rao)

A tiny alignment of likes (similars), a congeries, minuscule, scintillant, proposed. Out of Jules Renard’s Journal, a completely satisfying phrase, complexly vacillating: Une inexactitude scrupuleuse. “A scrupulous inexactness.” (See, too, the somewhat pinched Beckettian humor in the lines: “A fly alighting on the sheet of white paper was excuse enough for him to give himself the right to be idle. He did not write, for fear of disturbing the fly.” Or: “The word that is most true, most exact, most filled with meaning, is the word ‘nothing.’”)

Out of Will Alexander’s astounding Singing in Magnetic Hoofbeat: Essays, Prose Texts, Interviews and a Lecture 1991-2007 (Essay Press, 2012):

Not didactic addition, or superimposed forensics hoisted upon a psychic limestone slab, but exactitude, as a state, over and above the blizzard of static. A static made up of integers, and forms of integers, empowered across its field by exoteric procreation.
Fact at the level of popular cerebral exhibit, can never organically respirate as poetic neural balance. The latter experiences itself as auric exploration, which inevitably accrues from auric harmonics. Again, right balance, So sums at this level are akin to Daumal’s savor, where essences intermingle, where the facts of the world then partake of the zone of tintinnabulation.

“Daumal’s savor”: “The savor is essentially a cognition, ‘shining with its own evidence,’ thus immediate . . . It is ‘simple, like the taste of a complex dish’ . . . It is not an object existing before being perceived “like a pitcher . . . illumined with a lamp”; it exists to the degree that it has been savored.” (Out of René Daumal’s 1941 Les Cahiers du Sud essay “To Approach the Hindu Poetic Art,” found in the Daumal compendium Rasa, or, Knowledge of the Self: Essays on Indian Aesthetics and Selected Sanskrit Studies. Daumal is quoting out of the Natya Śastra.)

The poem must resist the intelligence
Almost successfully. Illustration:

A brune figure in winter evening resists
Identity. The thing he carries resists

The most necessitous sense. Accept them, then,
As secondary (parts not quite perceived

Of the obvious whole, uncertain particles
Of the certain solid, the primary free from doubt,

Things floating like the first hundred flakes of snow
Out of a storm we must endure all night,

Out of a storm of secondary things),
A horror of thoughts that suddenly are real.

We must endure our thoughts all night, until
The bright obvious stands motionless in cold.

Originally in Stevens’s 1947 volume, Transport to Summer. A few pages previous, out of “Esthétique du Mal”: “The tongue caresses these exacerbations. / They press it as epicure, distinguishing / Themselves from its essential savor, / Like hunger that feeds on its own hungriness.” Exactitude, its “bright obvious” versus its accruing perceptual freight, its cumber and instability, its “static.”
Posted by John Latta at 6:59 AM