Glut partout, with its outrider uneasiness, its chum loss of focus. Evening of pawing “at” one book after another, a dog discontented with its lot, the whole backyard filled up with chewed up and discarded bones.

The whole history of the twenty-first century there in a brusque exchange of a century ago, opening salvo of the “two inspired hacks” (John Ashbery) Marcel Allain and Pierre Souvestre’s Fantômas (1911). The empty signifier filling with the blood-stained gauze of the desire (fear) that obstructs the sight the eyes it intends to mend. (Ashbery, rather mystified by the success of the series—“The prose, the plots, the personages of what has come to be known as the geste de Fantômas were constructed of the requisite industrial-strength fustian”—points to a famous engraving by Félicien Rops, “Satan Sowing Tares,” suggesting that Gino Starace’s lurid cover for the initial Fantômas owed it a nod.) Agreed on both counts.

Severo Sarduy (Christ on the Rue Jacob) in the Beckett-echo (“Texts for Nothing”:

Writing is useless. It does nothing to rescue those who are swept away by a sea of lava, who lie already beneath that stone.
Writing and the rest. A lesson in the ephemeral for anyone who looks helplessly at those bodies covered with mud, shielded, asphyxiated by a scab that slowly hardens, marble-white hair, blood-drained faces. Vomited by the earth, the water, black with coal and ash, rises until it suffocates the pale praying mouth, their sex organs ripped off with one stroke.
In the face of these passing images, a healthy divertissement is the diligent threading of words, aligning them precisely and rhythmically: absurd hobby of the idle, benign vice of the unemployed.
Blink your eyes, string a phrase together, and an entire city has been buried, every sleeping citizen petrified, the children hugging their toys, their dogs: porous statues of larva.
Writing presumes a lack of awareness, or slight irresponsibility, on the part of the one who forgets or wades while, caught in the magma, the precipitous shroud solidifying around her, a little girl asks her mother to pray.

(Beckett, out of “Texts for Nothing” #4: “The truth is he’s looking for me to kill me, to have me dead like him, dead like the living. He knows all that, but it’s no help his knowing it, I don’t know it, I know nothing. He protests he doesn’t reason and does nothing but reason, crooked, as if that could improve matters. He thinks words fail him, he thinks because words fail him he’s on his way to my speechlessness, to being speechless with my speechlessness, he would like it to be my fault that words fail him, of course words fail him. He tells his story every five minutes, saying it is not his, there’s cleverness for you. He would like it to be my fault that he has no story, of course he has no story, that’s no reason for trying to foist one on me.”) Backhandedly akin to a squib of Rilke’s (“Memory”):

I repeat: I find it quite comprehensible that those who have to depend entirely upon themselves, upon their own life’s usefulness and bearableness, should feel a certain relief, if there is induced in them a spiritual nausea which enables them to rid themselves piece-wise of the misunderstandings and indigestible experiences of their childhood. But I? Am I not, indeed, born to form angels, things, animals, if need be, monsters, precisely in connexion with such experiences, which were beyond experiencing, were too big, too premature, too horrible?

How’d Clark Coolidge put it in “Arrangement,” propping the phenomenal smear up with Heraclitus? “The most beautiful world is like a heap of rubble tossed down in confusion.” Or there’s Blake’s letter to the Reverend D. Trusler (23 August 1799):

I perceive that your Eye[s] is perverted by Caricature Prints, which ought not to abound so much as they do. Fun I love, but too much Fun is of all things the most loathsome. Mirth is better than Fun, & Happiness is better than Mirth—I feel that a Man may be happy in This World. And I know that This World is a World of Imagination & Vision I see Every thing I paint In This World, but Every body does not see alike. To the Eyes of a Miser a Guinea is more beautiful than the Sun, & a bag worn with the use of Money has more beautiful proportions than a Vine filled with Grapes. The tree which moves some to tears of joy is in the Eyes of others only a Green thing that stands in the way. Some See Nature all Ridicule & Deformity & by these I shall not regulate my proportions, & Some Scarce see Nature at all But to the Eyes of the Man of Imagination Nature is Imagination itself. As a man is So he Sees. As the Eye is formed such are its Powers You certainly Mistake when you say that the Visions of Fancy are not to be found in This World.

“As a man is So he Sees.” So that one in the unforced perusal of the hardly abstruse, the pilings up and tossings down, one comes to think of James Tate’s 1979 “Goodtime Jesus” as being “in cahoots with” Gertrude Stein’s 1935 “Mark Twain Centenary”:

Jesus got up one day a little later than usual. He had been dreaming so deep there was nothing left in his head. What was it? A nightmare, dead bodies walking all around him, eyes rolled back, skin falling off. But he wasn’t afraid of that. It was a beautiful day. How ’bout some coffee? Don’t mind if I do. Take a little ride on my donkey, I love that donkey. Hell, I love everybody.

Mark Twain did a great many things and everything he did was all he did and he did make a dead man dead. I think he was the first man to ever do that and it was a great American thing to do. 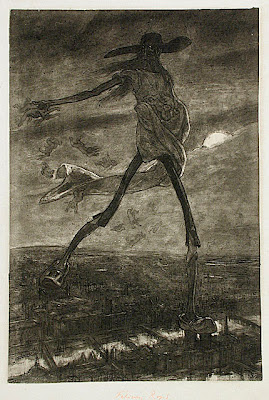 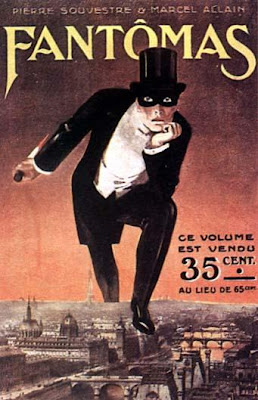