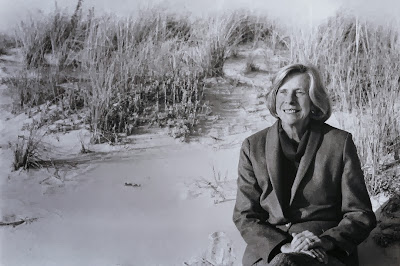 Rummaging lately through a number of (largely) New York School journals, I turn to thinking about Barbara Guest: what would a “complete” Guest look like? How many “uncollected” Guest pieces exist? In The Collected Poems of Barbara Guest (2008), strict inclusory parameters:

The poems collected here include all of the work that Barbara Guest had elected to publish in book form, along with the handful of poems she completed after her final book, The Red Gaze . . . It was her stated wish not to include in this book any poems published in magazines or journals but not subsequently collected in one of her books . . .

Though, too, in a 2008 number of the Chicago Review (Vol. 53, No.4 / Vol. 54, No. 1 / 2), Catherine Wagner offered (with a short commentary) five “uncollected” Guest poems: “Snowstorm,” “Savon Pompeia,” “Virgo Place,” and “Days”—all previously unpublished—with the somewhat lengthier “Configuration”—out of Mother No. 5 (1965). If I stumble across another five uncollected Guest poems in my (rather haphazard, meaning not particularly “Guest-oriented”) reading, and note (rather effortlessly) the source of some likely others*—I begin to think there’s a sizeable oeuvre out there unrecovered. So, some Barbara Guest findings. Out of the number of Intransit called “The Andy Warhol–Gerard Malanga Monster Issue” (1968):

Of all earth’s chargers
Wells Fargo you are one of the last.
You take from West to East
my small percentages
of poetry.

I watch your wagon on Park Avenue.
I have seen your insignia
on the stairwell of a neighbor painter.

I know you
from the ledge of a serious plane flight
when one of your daughters flew
with me: we laughed over
the Rockies
where we were lost in the bright
snow flakes.

Wells Fargo
I entrust another emigrant to you.
A love solemn as Dover Beach.

His iambics
will not startle

Riding the canyons to San Francisco

Another out of Intrepid:

Nothing more to say, Catullus,
you have walked away

You must be hiding!

I am a visitor who reads magazines
in one language

Eunice!
you are walking fearlessly
on the sidewalk
I am trembling as I beg for sleep
that was promised me on Monday

World why won’t you let me have my love
World with all your machinery
and your new non-sectarian names?

One says quickly many things to himself,
“Time passes. I am not loved, feared. Am afraid.”
These phrases happen frequently in public
Where everything is so charged with unknown,
Inexplicable community opinion that the brain,
Or the heart, depending upon one’s choice,
Cannot always account for itself as a target,
Or as the slayer, but like weather continually profound,
Finds itself either raining or fair.
This particular day I remark,
“In the city what one walks on is the same.”

So when single greens assemble a tree
And there is one man in that factory who can paint
For fifty years a rose, another innocent
Who will spend his life drawing the horizon line
And a friend who is incapable of perspective,
Then landscape appears. In time begins again.

As on this day, under this colonial sky
I pitch my tent in Central Park
And after the massacre
Entwine my arms upon the statue of my general
And weep for what is lost.

Finally, out of the Peter Schjeldahl and Lewis MacAdams-edited Mother: A Journal of New Literature (No. 6, 1965):

Twice
I think the novel should begin here
Three pairs
and a roop
Someone should put us together:
The laugh
knock door
foresight

A few notes. The sheer oddity of the “Wells Fargo” modifiers—“ledge of a serious plane flight” or “small percentages / of poetry.” Is “love solemn as Dover Beach” meant to call up Matthew Arnold’s grave tonal registers (think “tremulous cadence slow” or “melancholy, long, withdrawing roar”)? With “Non Est . . .” and “Eunice Poem”: a tiny series of apostrophic outbursts indeterminant in tone and intent. The purported heroics of the “charger” (“charger” like “steed” or like “bank”?)—delivering “from East to West” those “small percentages”—can only be mock-applauded (hence the wry “I have seen your insignia / on the stairwell of a neighbor painter”), just as the opening “How can I sleep . . .” of the “Eunice Poem” can only mock-lament: too pure in its saying to be simple verity. (See, in the Folder “Poem,” that lovely vacillatory heart—“itself as a target, / Or as the slayer”—that, “like weather continually profound, / Finds itself either raining or fair . . .” Lines that call up the ending of Frank O’Hara’s “My Heart”: “you can’t plan on the heart, but / the better part of it, my poetry, is open.”) The sheer leisurely turnings of Guest’s sentences in “Poem” recall, too, some of John Ashbery’s sentences, their way of matter-of-factly turning back to look themselves over, readjusting publicly (and with nonchalance) their private freights:—“These phrases happen frequently in public / Where everything is so charged with unknown, / Inexplicable community opinion . . .” (At the point Guest writes so marvelously of how “single greens assemble a tree” one is thrown back to Ashbery’s great precursor Wallace Stevens—I am thinking of the lines of “July Mountain”: “Thinkers without final thoughts / In an always incipient cosmos, / The way, when we climb a mountain, / Vermont throws itself together.”) “Prefaces”: am I right to read it as something of a misfit in Guest’s work? Oddly recalling Clark Coolidge, or, too, the sometimes broken, stuttery écriture of Susan Howe. Again the possibilities kept open: is “rruning” read ruining or running, is “roop” troop or rope?