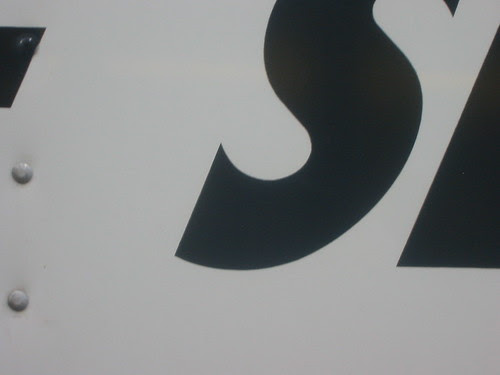 Writing in order to make a measurable mark in the smeary continuum of time. That Geoffrey Household book, Rogue Male, managed, in spite of my sneery asperse, to slicker me into its hole. Trajectory of a man—after muffing an assassinatory shot at some unnamed (nefarious) head of state—holed up in a corner of Dorset, become near purely instinctual, animal (oddly enough, he “returns” to the troubled marches of human initiative just at the point that a tenacious pursuer murders a feral cat named Asmodeus our hero’s come to share the hole with). I liked:

Space I have none. The inner chamber is a tumbled morass of wet earth which I am compelled to use as a latrine. I am confined to my original excavation, the size of three large dog-kennels, where I lie on or inside my sleeping-bag. I cannot extend it. . . .

Now luck, movement, wisdom, and folly have all stopped. Even time has stopped, for I have no space. That, I think, is the reason why I have again taken refuge in this confession. I retain a sense of time, of the continuity of a stream of facts.

Writing in a burrow. Blinder’d. If I think about the act of writing I see a series of burrows, continual replaceable narrowings in. One tangents out, tunneling, making for a habitat of one’s own, comes up against a wrist-thick root, impassable. Return to surface (the world). That necessity to occasionally buck up one’s optics and attend to what’s immediate, perishable, and perusable. That world-anchoring. (Addendum to the écriture caféesque noises of Friday.)

A fissiparous weekend. “Tending to break up into parts.” Launching myself against the flat front greenery in visibly moiré’d air, total humidity clampdown. Thunder constantly nigh, the dog spook’d and roaming, buckling up against me. My reading fright-wig’d out of control: too many books going for one man. Start’d (as if I need’d another) Alex Ross’s deservedly popular The Rest Is Noise: Listening to the Twentieth Century. One reads of Arnold Shoenberg’s logically accountable fuming, “If it is art, it is not for all, and if it is for all, it is not art.” Or the putting of what’s become (for the able-arm’d painter’s assistants milling about under Wittgenstein’s ladder, longing for a stab at handling the big brush) a mopey kind of mantra into a kind of context (one the hubbub of the present “day” probably ought to heed, indeed). Ross is talking about the “art of compression” of Anton Webern, Webern’s “clearing away all expressionistic cluster,” and distributing “material in clear linear patterns, rather than piling it up in vertical masses”:

Intellectuals of fin-de-siècle Vienna were much concerned with the limits of language, with the need for a kind of communicative silence. “Whereof one cannot speak, thereof one must be silent,” Wittgenstein wrote in his Tractatus Logico-Philosophicus, marking a boundary between rational discourse and the world of the soul. Hermann Broch ended his novel The Death of Virgil with the phrase “the word beyond speech.” The impulse to go to the brink of nothingness is central to Webern’s aesthetic; if the listener is paying insufficient attention, the shorter movements of his works may pass unnoticed. The joke went around that Webern had introduced the marking pensato: Don’t play the note, only think it.”

(All talk of minimalism, a paring down to essentials, troubles the “soul” of one whose “natural” trajectory careens through the gaping caves where mouths of the dead collect to continue conversing—though I am a monstrously unforthcoming man myself, my brainbox is a deafening chamber . . . To skin the down’d beast down to one sinew and hock (words that surface out of the pandemonium to mimic, no doubt, sounds in hokku) always strikes me as lamentable, less a rendering that a surrendering, less nearly always being less, tout court.) Or so I argue with myself. (Nobody else around.) Too, in the Ross, there’s Igor Stravinsky (in the mid-’twenties) making familiar noises about “objectivism.” (Is the lingo “simply” a tired featurette of a particular “scientific” “era”?) Stravinsky says:

My Octuor is a musical object. This object has a form and that form is influenced by the musical matter with which it is composed . . . My Octuor is not an “emotive” work but a musical composition based on objective elements which are sufficient in themselves . . . My Octuor, as I said before, is an object that has its own form. Like all other objects it has weight and occupies a place in space . . .

Ah, sweet constructivism (or “chic formalism” as Ross’d have it; he quotes, too, Stravinsky’s later formulation—“I consider music by its very nature powerless to express anything: a feeling, an attitude, a psychological state, a natural phenomenon, etc.” and puts it deftly into a lineage—out of Jean Cocteau’s “Dance must express nothing,” out of Oscar Wilde’s “Art never expresses anything but itself.”) In a summary “our” world-beating “Red” constructivists’d do well to ponder, Ross writes: “The new objectivity was the old aestheticism.”

Found stuck in amongst the paperback fiction section in the local bookshop recently bust’d for instructing homeless gents in the art of stealing fencables: My Life by Lyn Hejinian (Green Integer, 2002). A book I’d swear on a stack of fencables (usually high-dollar fluid mechanics textbooks, ’s been my experience, over, say, a Grove Press paperback of Beckett’s How It Is) I used to own “in” the 1987 Sun and Moon edition. (Hence, kept refusing to replace.) If I reread parts of it now I find myself less snooker’d by the formal New Sentence moves (that is, by what’s in the little jumbles of lint piled up in the deep pockets between sentences), and more by the individual sentence-content itself (and its relation to “Lyn Hejinian.”) That is, the “merely” autobiographical subsumes me: “I stopped eating corn on the cob and lobster, not because I no longer liked the taste but because I disliked the mess.” One begins by being orient’d to (or disorient’d by) a writing, its formal grit under one’s heel; eventually one’s point de repère is mark’d by that no longer, or not only—one turns to the writer herself caught in the world behind the scrim. (No matter the distance between writing and source of the human pulse of it.)