CCLIII
The unplumb’d meat of the piece begins here, where the uncorrupt’d
hero Jack Blithely
Offers to spot the chums a tavern sojourn, a night replete with
foreign beers, Lowerbrows or something.
Meets the pertly pickl’d Becky Beneath, &c. Ends up in Bedlam &c.
unsung, yay, un-
Identify’d and stiff, cut off mid-hand by a death-dealing rheum.
A dogged conceit with a catty lesson. Just the way the Ohio girl
at the dinky burger
Joint in Miami’d shout “one Whopper, hold the mayo” and some
minutes later, when the line of thong’d retirees and twitch-city
Addicts moved you up to the cashier’s nook, there it’d be, all yours,
and so amenably and publicly tagged.

Vox humana effortlessness and detachment, don’t let’s make
a habit of that. There’s no call
For mighty measures, no call for depuis lundi matin, il pleuvait
rigoureusement à la capitale
Naturalism, no call for much of anything beyond a grunt and a pictorial
“spread,” or its replacement,
Virus-garnering mmph-video pixellated into appeasement.
Accommodating enough if you, like the jackdaw, like to heap up
glinting bits of tin
And isinglass, or to make a homey fire out of rump artifice. Better
come
Get a bite to eat, there’s no telling who’ll come calling for you next.

Some muddling about prose and poetry.

William Wordsworth, in the “Appendix to Lyrical Ballads” (1802) concludes with “a principle which ought never to be lost sight of, and which has been my chief guide in all I have said,—namely, that in works of imagination and sentiment, for of these only have I been treating, in proportion as ideas and feelings are valuable, whether the composition be in prose or in verse, they require and exact one and the same language.”

T. S. Eliot, in an introduction to an edition of Samuel Johnson’s London, a Poem [and] The Vanity of Human Wishes (1930): “. . . we ought to distinguish between poetry which is like good prose, and poetry which is like bad prose. And even so, I believe more prose is bad because it is like bad poetry, than poetry is bad because it is like bad prose. And to have the virtues of good prose is the first and minimum requirement of good poetry. ¶ If you look at the bad verse of any age, you will find most of it lacking in the virtues of prose. When there is a period of good verse, it has often been preceded by a period in which verse was bad because it was too poetic, too artificial . . .”

Randall Jarrell, in “The Humble Animal,” a review of Marianne Moore’s What Are Years (1953, in Poetry and the Age): “Pound wrote one famous sentence of advice which, to judge from the practice of most of the poets who read it, was understood as: Poetry must be just as badly written as prose. Miss Moore under¬stood it more as it was meant to be understood: her poetry, not satisfied with the difficulties of verse, has added to them those of prose.”

Or, in its earlier version (1942, in The Kenyon Review): “. . . there is one thing Miss Moore has a distaste for making poetry of: the Poetic. At the same time she is too scrupulous to believe, with Stevens and Williams, that there is any such thing as the antipoetic; her poems restore to poetry the “business document and school books” that Tolstoy took away. Pound once wrote, Poetry must be as badly written as prose.—perhaps I have distorted it a little, I am judging less from the precept than from the example of his readers; the age took the advice. Miss Moore understood it differently: To produce poetry add the difficulties of verse to those of prose might almost be her formula.”

I see I am digging myself into a quagmire. Reading Donald Davies’s Purity of Diction in English Verse (1952), I hit the Wordsworth and the Eliot (unsourced) and start’d muttering about how Pound’s well-known “Poetry must be as well written as prose” (apparently out of Ford Madox Hueffer’s line in a 1921 issue of The English Review—“I had to make for myself the discovery that verse must be at least as well written as prose if it is to be poetry”) either got lift’d by Eliot, or somebody lift’d Wordsworth, &c. It’s result’d in a morning of dashing hither and thither trying to find sources (and finding other things, like the Jarrell twofer) and becoming nearly thoroughly disgust’d by the contagion that is googlism.

Is there another whole burlap bag of snakes to reach one’s hand into concerning the provenance of Robert Lowell’s remark in a note to the 1970 edition of Notebook that he is “loath to display a litter of variants, and hold up a still target for the critic who knows that most second thoughts, when visible, are worse thoughts.” Is Lowell thinking of Allen Ginsberg’s “First thought, best thought”? (Though isn’t that formula dated a few years later?) Is Lowell replying to William Blake’s putative “First thought is best in Art, second in other matters”? (I see in my googlism-boost’d fever no evidence Blake wrote that and begin to think it the doings of some A. G. postulant . . .)

Out of Will Alexander’s The Sri Lankan Loxodrome (New Directions, 2009):

which means velocity is obscured
& resurrected
beyond the scope of a-positional turquoise
beyond the scope which defines its way as jaundice
by a circular language as dragon
the face in the scope of the millipedes
no longer condoned to withdrawal
to persecution as flaw or advancement,

Entirely capable of skidding one’s brainbox up next to the all and depositing it therein (only to notice how that all fills the matchbox-sized container that just fell out of one’s pocket). Which is to say: it’s alarming—and exhilarating—how the mind is wrack’d by shifts of scale in the piece. I am remind’d (“mountains” kick’d it off, though in retrospect, the title itself ought to’ve) of Wallace Stevens (particularly “July Mountain”—“We live in a constellation / Of patches and of pitches, / Not in a single world . . . Thinkers without final thoughts / In an always incipient cosmos. / The way, when we climb a mountain, / Vermont throws itself together.”) I see Alexander’s “logic” moving (here and there) by sonic premise—see the broad short a noises of “advances / the apparitional understanding / to a macro-positional scalding / which collapses,” or, more complexly, the soft c’s and short i’s of the astonishing “rancid facial dice.” The “therefore” arrives in its syllogistic position, aptly and something of a joke. (Oddly enough, it call’d up James Wright’s more pedestrian (though, too, sign of a conclusion under pressure) “Therefore” that announces the final stanza of “Autumn Begins in Martins Ferry, Ohio.” “Rudderless coherence”—“loxodrome” or “rhumb line” is the perfect term. Defined as a line that crosses all meridians of longitude at a constant angle, what it suggests is a constant uncompromising bearing. 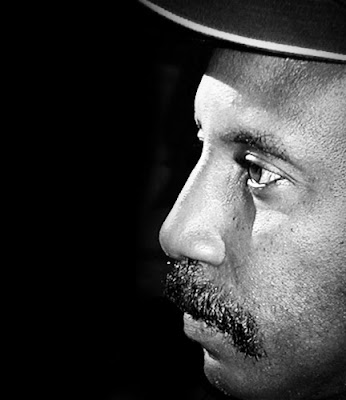