CCXI
A whole rigorous blank
cosmos in the appoint’d
fixity of the perusal—
knocking a couple of
apples off the apple
tree by lobbing up
one off the ground.
Poetry is only poetry
if it out-distances
the meagre procedures of
its initial limit’d reach,
reaches launch’d and unforeseen
a fierce and various
propounding, unponder’d, suspect, excess.
A yellow Ticonderoga pencil
that Vladimir Nabokov presumably
sharpen’d with a jack-
knife is stuck nub-
upright in a foil-
cover’d pot propping up
a pinwheel-leaf’d nasturtium
beginning to obtrude. Orange-
flower’d and caper-studded,
its riotous haw harlotry
flops into an intangible
ween and perplex, flaunting
fault discharged as fruit.

I rather like Thomas Bernhard’s (brusque, agitated, dismissive) reply in a 1986 interview to a (rather innocuous) query about Bernhard’s early poetry:

You started out writing poetry.

What does that mean to you today?

Nothing whatsoever, I don’t think about it at all. You don’t think back over every step you’ve ever taken, do you? You’d have to set billions, hundreds of billions of thoughts in motion. Like with walking and running. You can’t be constantly retracing where you’ve been in your mind, or you’ll never get anywhere interesting.

(Some of that “retracing,” one sees it, amongst the voluble aging ones, no? Nigh constant youth’d glory rehash: signs of a life, damaged or not. “We are all of us aging.”) Browsing the shelves, pull’d down Bernhard’s The Voice Imitator (University of Chicago Press, 1997). Consisting of some hundred or so short pieces, some extremely short. Here’s “The Milkmaid”:

Last week we witnessed the spectacle of five cows running, one after the other, into the express train in which we had to return to Vienna and of seeing them cut all to pieces. After the track had been cleared by the train crew and even by the driver, who came along with a pick-ax, the train proceeded after a delay of about forty minutes. Looking out of the window I caught sight of the milkmaid as she ran screaming towards a farmyard in the dusk.

What I find stunning: how like Félix Fénéon’s Novels in Three Lines the short Bernhard pieces sound. Here’s “Too Much”:

A paterfamilias who had for decades been praised and beloved for a so-called extraordinary sense of family and who one Saturday after noon, admitted in especially humid weather, murdered four of his six children, defended himself in court by saying that all of a sudden the children were too much for him.

We had no luck with the weather and the guests at our table were repellent in every respect. They even spoiled Nietzsche for us. Even after they had had a fatal car accident and had been laid out in the church in Sils, we still hated them.

Near the Coptic quarter in Cairo we noticed whole rows of streets in whose four- and five-story houses thousands of chickens and goats and even pigs are kept. We tried to imagine what the noise would be like if these houses were to burn down.

Notes. The Kafkaesque intermingling with the Fénéonesque, the unlikeable “we” of the narrator (a newspaper convention, a “kingly” convention), urge to read (and reread) John Hawkes (somebody’s stray remark regarding Skipper, the narrator of Second Skin—“Nobody wants to kiss you, Skipper”—how difficult it is to like a story relay’d by a repugnant storyteller . . .) 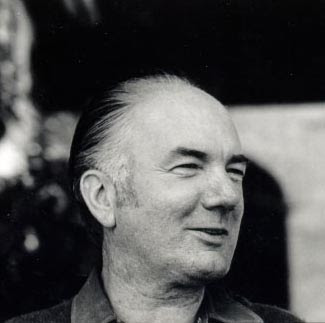 All my life I’ve been waiting for something
and now here it is. Unapparent

like a wood in Germany. Not fog but a mist
for a moment obscures you.

An empty pair of shoes out in the middle of the room.
The thing about waiting. Take away anticipation
and that’s all there is. Those words from Latin
“I” tries to avoid. A lesson I can’t or it won’t be
learned.

Talk with us. We too fear both fire and time
certain they are the same. What is left
when they are done? What is left to do
but move to Spain and live there life’s cruelty.

Walk into a room.
Not know where I am.
Once it was Love
had me so distracted.
Now it’s Death.

It won’t be hours until this happens
what took seconds to transpire.

Moments in each other’s arms
when time is a toy. Something simple.

Winds up. Runs down. Clatters.

The story itself isn’t remarkable
though not all that believable:

a young man, apparently the gardener,
who tells the women to do something

they don’t and then they ran away afraid.

It hardly matters. I’ve probably already heard it.
Or never will. Anticipation is the—what to call it?
Not the “answer,” really.

There is a music
I’ve been waiting for
I want to say
all my life.

For me the hardest and last things to do
have been the least.

To pick up your glasses and know
you will never look through them again.

La vita nuova. Where does it end.
Or begin when. The rain and wind were
only mice in the ceiling. Mice

in the silence. Lips parted, slight arch
of tongue. A bit of air.

There was a book there before I nodded off
my hand can’t find nor is there enough light
to see just where I am. A place I know I knew
yet can’t quite place right now.

The curtain lifts and the dead enter
while the living exit. This is what the world is.
A hand held out amidst noise and dust
whose touch is a wide-eyed lifetime.

No end to what is, and not water
or whatever else we know as stuff

all that comes from this. While everything
so to speak that comes also goes away

Damp sheep pulled out from under a hip.
Moon light, so much, not full, a quarter.
My hand in front of my face. Where to go?

In the room the sound of water, of breath.

and I am me now thinking “My god,
what have I done?”

knowing
you will die in a day or two.

The clipped cadences and dislocations of grief. Which are those of a feral attention, an attunement to one’s own wild shunts and haulings. Kintsugi (the word refers—how defiantly apt it is, and how lovely—to the “Japanese practice of repairing ceramics with gold laced lacquer to illuminate the breakage”) is Meyer’s elegy for Jonathan Williams, “written,” Robert Kelly writes in that accompanying note, “Speaking to Thomas Meyer’s Kintsugi,” “in and through the very death it mourned.” And: “His love . . . is so worn and deep and thorough that it does not need to speak its usual endearments.” Stunning letterpress’d covers, sewn in wraps, with artwork by Erica Van Horn. 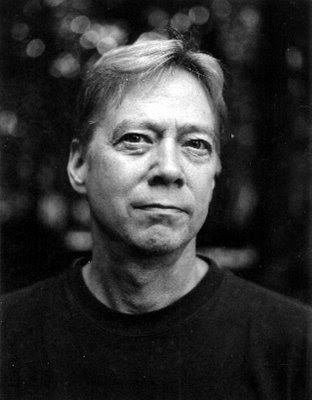