David Larsen’s Names of the Lion Out of al Husayn ibn Ahmad ibn Khalawayh’s Names of the Lion, translated with notes and an introduction by David Larsen (Atticus / Finch, 2009):

Names of the Lion ends with a quotation from the poem which (as related in the Introduction) moved the Caliph to twit Abu Zubayd on his obsession with lions. . . . Its opening is typical of the classical Arabic qasida, where the poet’s encounter with a long-abandoned campsite inaugurates a chain of heroic memories and declarations. What follows, however, is less conventional: in place of military victories and erotic dalliances, it commemorates the humiliation and disintegration of a tribal group (called bani ’l-khalat—“sons of maternal aunts” in line 21), and their poor decision to venture into lion-infested territory. As noted by Ibn Qutayba . . . the lengthy description of the lion at the poem’s center is atypical of pre-Islamic poetics. Zoological detail is itself no novelty, but the level achieved in lines 10-20 is extraordinary, testifying to direct and intimate observation of the lion’s behavior. Unconventional too is the poem’s conclusion, which is told from the perspective of the tribe’s camels. It ends abruptly, in a future-tense verb (satuttaba) indicating the camels’ knowledge that their steps “will be followed” by a deadly predator. . . .:

To a people far gone in their remoteness: who will bring word
of a heart crazed with longing for my people?
The remains of their encampment proclaim their distance from me. Even so
my love and warcraft are pledged to them, when their enemies show themselves.
With the edge of a polished spear, at the head of a company
—no fadelings bent with age, they—
And I, a brother of the company, quick to sense danger
and scorn its consequences, no matter how mighty the oppressor,
Bearing often the burdens of those I love,
I give my utmost effort, and lay at their disposal all I know.
Meanwhile, those whose breasts I freighted with resentment
have had a full trough of me.
They thought they had me in their grasp
and then, discovering my escape, fell into despair.
What they set in motion turned out contrary to their expectations,
and their allies fled in all directions and could not be gathered.
Some of them you would think affrighted
by Dhu Zawaid whose wrists bow inward,
Who is Dirghama of the gaping jaws and Dhu Libdin of the thicket.
His name is like the hood of a burnoose
Long and draping, like a nobleman’s for all that
he possesses nothing but his pride, who are his mate and cubs.
He hides in a refuge of entangled jujubes
but is limitlessly far from timid about showing himself.
The better to defend his kill, he leaves it in a narrow declivity.
Woe to anyone caught intruding
On a father of two who are Shatim, born of the lioness al-Hassa,
whose teats stand out from her belly like white cakes.
In her devotion to their rearing, she rejects their sire: lioness and lion
are driven apart, lest she malnourish her offspring by conceiving again.
So they get to drink their fill of her, as she feasts them both
on the milk which never goes bad or ceases flowing.
Two lions who take after their elder and are called al-Ward,
instinct with hunger for what belongs to others, and taking it.
When they cut their teeth, the male brings them meat
on joints torn from the people’s horses with regularity.
Over the breastbone his coat is patched
and sticky from frequent washings in blood.
The coat on his hind end is threadbare, like that of a man in need,
but in his head and shoulders he is like a man in armor.
Is the clan of aunties abandoned by its bravery?
(No prey is barred the lion. It is he who does the barring.)
They are women lacking a capable chieftain,
and among their possessions you would find nothing to envy.
What is lowlier than they is lowly indeed. They have
the dejected smell of a bone with no meat on it. . . .

That comes at the end of Larsen’s Names of the Lion, preceding it is a terrific introduction to Ibn Khalawayh, essentially a lexicographer and student of classical Arabic poetry in the city of Aleppo—he compiled, too, two lost treatises, a Names of the Serpent and a Names of the Hours of the Night, along with the extant Book of Trees and a monograph call’d On the Names of the Wind—and to the source of Names of the Lion. “Names of the Lion comes from a long serial work called Kitab Laysa fi kalam al-arab (“The Book of ‘Not in the Speech of the Arabs’”), which has never been printed in its entirety. The title comes from the formula oprning each short chapter: “There is in the speech of the Arabs no . . .” followed by various exceptions to the stated rule.” Larsen offers, too, a short guide to the astonishingly rich difficulties of the Arabic language—a system of lexical roots and “augmentative letters” (one learns that “These letters number ten, and can be arranged to spell the mnemonic sentence Al-yawm tansahu, meaning “Today you forget it.”) Too, there is a short disquisition on the historical distribution and range of lions (the smaller and “more gregarious” Asiatic lion—not the commoner African—mark’d by “a darker mane and an extra fold of skin that runs the length of its abdomen”) in the region. All that plenitude preceding the list, with copious notes, of some four hundred or so names. Though Larsen’s clearly at home in the scholarly trappings, he admits: “My task here was carried on in the procedural spirit of recent avant-garde tradition, not linguistic scholarship.” And, while picturing Ibn Khalawayh mourning the loss of a student, the lion-nicknamed “poet-insurrectionist” Abu Firas who met a violent death, Larsen wonders aloud if the lexicographer mark’d the passing by “writing down every other name for the lion (“the direst, most beautiful nuisance imaginable”) he could think of, one mournful Aleppine night?” And answers:

Probably not. If Names of the Lion reads like an elegiac text, it is because we of the twenty-first century mourn the lion’s lost mastery over the earth. We are also attuned to the list as a poetic form in a way that readers and writers of other periods were not. Names of the Lion may be a masterpiece of philological literature, but Ibn Khalawayh has no conception of it as a work of poetry.

al-Muzafur       “Whose Coat Is Yellow, Stained With Red”

(“al-Muzafur is said for a lion with blood on it . The name comes ouf aof zafaran, an Arabic word for saffron.”)

(“As with al-Damdam, the reduplicated form of al-Qasqas indicated an action performed repeatedly and with gusto. The verb qassa means ‘to strip a bone of meat and suck its marrow.’”)

(Regarding the variants: in a lengthy note Larsen points to “a principle of Arabic morphology called al-itba, which is the ‘following’ of one word by an assonant double of itself.” “Al-itba is no mere poetic flourish but a generative principle of the language: what begins as a nonsense rhyme can acquire a dedicated mening of its own.” He reports how “one of the grammarians asked an Arab of the desert about al-itba.” The reply: “It is a thing by which our speech is kept firm.”)

(“The noise made by al-Harhar is called al-harhara, meaning “laughter for no reason” as well as the bleating of the sheep and the war-cry of the Indian. It also names the sound made by a quantity of fluid in a bag.”)

(“al-Aqur is the predator that attacks the hind legs of its prey. Wine is called al-uqar because it ‘hamstrings’ the intellect.”)

(“al-Miqdam is similar in meaning to al-Dilhath (q.v.), and could without violence be translated as ‘The Avant-Garde.’”)

[Oddly enough, in the presumptuous and commerce-orient’d poetics of the avant-garde norteamericano of the twentieth / twenty-first century, one notes a rather depressing tendency to avoid battle with untoward, smug, and relentless silences.]

(“Al-Rias is formed on al-ras, the Arabic word for head. The “head” of an affair is its beginning, and so al-Rias might be defined as *‘The Incipient.’ (The rias of a sword is its ‘cutting edge.’) As with Latin capitum and English head, however, al-ras is additionally said for ‘a unit of livestock’ [ras mal]. Correspondingly, the Arabic word for ‘capitalism’ is al-rasmaliyya.”)

(“A lot of different things are called Awf, including a tribe, a mountain, and a species of aromatic bush. Root verb afa is used for the vulture’s circling above a carcass, and lion and wolf are named al-Awf for their nighttime prowling. The rooster of the barnyard is called al-awf. A man’s penis is his awf. In pre-Islamic antiquity there was a god call Awf, as attested by the theophoric name Abd Awf [‘Worshiper of Awf’].”)

If twentieth century poetry norteamericano is overwhelmingly mark’d by Ezra Pound’s rehashings of works of the classic Chinese anthologies, oughtn’t the twenty-first century be that of the “turn to” Arabic?

[I ought to note that, against a half-ass’d (incomplete) attempt to replicate the Arabic diacritical marks, I decided to leave all out, anticipating no violence to sense or “anglicized” pronunciation for the casual (meaning ignorant, like myself) reader.] 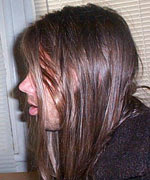 CCXII
Sleepy, with a tenuous
sense of the unearthly
way the dead champion
the living by butting
in now and again,
anticipatory and skew’d, niggardly
with news. There is
no news. The neighbor’s
unhinged screen door claps
its odd trochee’d clap,
rebound with secondary, the
dog’s slavering hygiene routine
(flop’d under the chair)
diminishes to sighing. Man’s
‘natural ferocity and hoggishness’
(Whitman) is made explicit
by random noises innumerable
unsustain’d and constantly updating:
haul ass of I-
94 truckers, the what-
what of a helicopter,
the stray suck of
a siren, whoop-whoop-ing
up against the sneer
and rev of questionable
and sudden police manoeuvres,
the honk’d horns of
the gainsaying rude brute,
a rubbish of talk
littering the stolid interstices.
A fluctuant decibel wash,
igitur ungrant’d. The dead
in a ragged line
noiselessly stamping quit-claims.