Perturbings and inconsequences. Yak, yak, yak. (One begins in immediacy—“et ses enviorons.”) Back to the Poltroon Press Life of Crime (the words of one of the editors, likely Pat Nolan at “Bohemian Grove,” talking about the “icy stare and cold shoulder” dealt out by “a couple of bozos from the post-Realist clique”—an early instance of the power-silence ploy, one assumes):

Inadvertently, we find ourselves beyond avant-garde, in that lonely realm of fearless commitment. We may appear distasteful (yech!), cruel (to be kind), and insensitive to some, hard-working, underappreciated poets; in actuality, what we are doing is holding up a mirror to the whole imbecilic side of the American poetry scene where cruelty and insensitivity (motivated by the sickest of all motives: ambition) are quite common. There are two types of writing to be found in Life of Crime: the wry, sometimes whimsical (dorky) satire written largely by the editors and a few faithful compatriots (who can take a joke!) The other is the petty axe-to-grind whining we have received by peevish snivelers whose personalities have long been mired in the egomaniacal muck of their own creation. Consequently, the careers of the editors have been placed in jeopardy—at least, that’s the word we can strain through the veil of hearsay. As we pointed out in the first Life of Crime: one should always be on the verge of literary suicide. We’re poised, as it were, on the edge of the ledge ready to take a flying leap into the pit of oblivion. The only legitimate question at this point is “did they jump or was they pushed?”

Pertinent, then—is it?—to quote a poem by Darrell Gray (who had, he says, a “Euell Gibbons-type childhood” (in Walnut, Kansas), and work’d, he says, as “Consultant for the National Prune Advisory Board.”) Apropos the much-vaunt’d-by-the-social-text-clubbers Actualist “movement,” Gray says: “To be Actual is not to possess Actuality—it is to be possessed by it . . . I want to emphasize that Actualism is not an aesthetic “movement” in the usual sense of the word. It owes nothing to literary history that is could not find elsewhere, least of all aesthetic theory or literary criticism. Actualism begins when the Automorph in man’s being decides to wake him up.” Which is no more (nor less) than O’Hara’s “You just go on your nerve. If someone’s chasing you down the street with a knife you just run, you don’t turn around and shout, ‘Give it up! I was a track star for Mineola Prep’” cut to ape the burgeoning joylessness of the newcomers of the “post-Realist clique.” In Life of Crime there is talk of various “Actualist Conventions” (replete with the “The Actualist Boogie Band”). The conventions (report’d in letters by Gray) occur in such precipitous sequence as to draw a pertinent (skeptical) conclusion (shout’d in unison by members of the Black Bart Poetry Society): “Many of our members (including me) who were in the area in 1980, very closely affiliated with the Actualists, are unable to recall any convention in 1980 . . . presumably, the 10th , like the 8th, is just another deceitful manipulation of truth to further the imperialist efforts of a band of aristocratic vermin, determined to control the contemporary literary community.” Ah, the costs of single-mindedness (and humor): you’ll be paying freight charges on it (to the humorless) forever: there appear (still) to be those who believe a thing call’d Actualism seriously exist’d. One might just as meaningfully call for An Anthology of Personism. Here’s that Darrell Gray poem—out of The Actualist Anthology, edited by Morty Sklar & Darrell Gray (The Spirit That Moves Us Press, 1977)—Sklar and Gray: “Calling this volume the actualist anthology came mainly out of a need for a title. “Fourteen Iowa City Poets” wouldn’t have been accurate . . .”:

An Old Southern Critic Takes a Look at My Poems

bundled up & flung at the reader as if
communication depended on an alien plug, a verbal

fire-sale, syntax slashed to the bone
& what’s more we haven’t the slightest

and was there a first fire, a fire fashioned
after no other, a fire of the final mind

from which we emerge like schoolboys in a dream
to bone white rivers & the fear of owls . . .

Say something deep, like the fear of rivers, something
pure & lean we can teach our kids

the lyric is a flexible form, I know:
birds, beasts and animals

in season sing their blunt reciprocal praises.
Mimeo machines murmur. Though that might be a

variable measure, all variance decrees
a cosmic tedium—“dialectic” we call it: nude idiom

of the thing reborn. The gentle researcher
tilts to the modular pinkness of the snow—

an erudite boy, addicted to spiral notebooks,
yoga, and the oblique “come-on” of dark girls

. . . These old eyes grow older with each word,
& Ambiguity, like a pregnant queen, rules

the landscape where I sit. Ripe berries hang in tangles
over Samuel Johnson’s grave—“like ornaments of indecisions,”

you might say. . . . And yet, there is an occasional
brilliant twist. I quote one poem, baffling turns, in toto:

Asleep at 60 mph. No doubt the poet here has in mind
how much eludes him. Or, as Allen Tate succinctly said:

“For where Time rears its muted head and all appalls
We know not where we stand nor where we fall.” 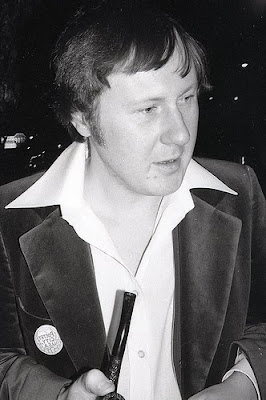