Crows cawing out malapropisms in the oaks under a measly dud rain. A dud measly rain. Empty plate. Bare table, empty plate. Mallarmé (Brise marine) writes: “The flesh is sad—and I’ve read every book.” (La chair est triste, hélas! et j’ai lu tous les livres.) Which must be where Wallace Stevens got that assy-mouth’d (“Gubbinal”) “The world is ugly, / And the people are sad.” (Though he knew that kind of buttery glee nay-saying drips down its sides like a syrup. He says, too (“The Weeping Burgher”): “It is with a strange malice / That I distort the world.” Ah, the useless cruelty of one’s “belle design / Of foppish line.”) The Mallarmé line*: snip’d out of a passage in Roberto Bolaño’s newest, The Insufferable Gaucho (New Directions, 2010). A half dozen stories and two essays—“Literature + Illness = Illness” and “The Myths of Cthulhu”—translated by Chris Andrews. Epigraph’d by the tubercular Franz Kafka, the heartbreakingly laconic: “So perhaps we shall not miss so very much after all.” Bolaño, in “Literature + Illness = Illness”:

How could anyone declare that the flesh is essentially sad, that la petite mort, which doesn’t last even a minute, casts a pall over all lovemaking, which, it is widely known, can last for hours and hours, and go on interminably? If the line had been written by a Spanish poet like Campoamor, it might have meant something like that, but such a reading is quite at odds with the work and life of Mallarmé, which are indissolubly linked, except in this poem, this encoded manifesto, which Paul Gauguin, and he alone, followed to the letter (as far as we know, Mallarmé himself never listened to the sailors singing, or if he did, it certainly wasn’t on board a ship bound for an unknown destination). And the claim to have read all the books makes even less sense, because although books themselves may come to an end, no one every finishes reading them all, and Mallarmé was well aware of that. Book are finite, sexual encounters are finite, but the desire to read and to fuck is infinite; it surpasses our own deaths, our fears, our hopes for peace. And what is left for Mallarmé, in this famous poem, when he desire to read and the desire to fuck, so he says, are all used up? Well, what is left is travel, the desire to go traveling. And maybe that’s the key to the crime. Because if Mallarmé had concluded that the only thing left to do was pray or cry or go crazy, maybe he’d have come up with the perfect alibi. But no, what Mallarmé says is that the only thing left to do is travel—which is like saying “to sail is necessary, to live is not necessary,” a sentence I used to be able to quote in Latin, but that’s just one of the many thing I’ve forgotten with help of my liver’s traveling toxins—in other words he sides with the bare-chested traveler, with Freedom (who’s bare-chested too), with the simple existence of the sailor and the explorer, which isn’t so simple when you get right down to it: an affirmation of life, but also a constant game with death, and the first rung on the ladder, the first step in a certain kind of poetic apprenticeship. The second step is sex, and the third, books.

A breezy oceanic reading, surely, the long, slow swells of Mallarme’s domesticity (like Stevens’s) vying with the frothy self-destructing breakers of Bolaño’s own poetics. Homebody Stevens construct’d a poetics of the green feral imagination in recompense? (“The Revolutionists Stop for Orangeade”: “There is no pith in music / Except in something false.”) (Or “Sea Surface Full of Clouds”: “A too-fluent green / Suggested malice in the dry machine / Of ocean, pondering dank stratagem.”) Crows gawping. One opens its beak to reveal a black lozenge. Attempts to unhinge itself, or heave its rachitic black self up, disgorging a dry keck-keck Rain slough’d off to slow-wit’d dampishness. That plate: wash’d. At the end of “Literature + Illness = Illness” Bolaño’s back to Kafka, and uncertainty, the mechanicals of oceanic (or atmospheric, or imaginal) systems (“method”), getting no more attention than the light-scuttled moon (Stevens’d say “bijou of Atlas” or “cricket-impresario”) or the way that crow’s turn’d over a formidable leaf, grubbing for something palatably mash’d. Bolaño:

Elias Canetti, in his book on the twentieth century’s greatest writer, says that Kafka understood that the dice had been rolled and that nothing could come between him and writing the day he spat blood for the first time. What do I mean when I say that nothing could come between him and his writing? To be honest, I don’t really know. I guess I mean that Kafka understood that travel, sex, and books are paths that lead nowhere except to the loss of the self, and yet they must be followed and the self must be lost, in order to find it again, or to find something, whatever it may be—a book, an expression, a misplaced object—in order to find anything at all, a method, perhaps, and, with a bit of luck, the new, which has been there all along.

Nerve-channeling all the writerly ganglions into the lingual thickets. “(Pages of illustrations.)”

The flesh is sad—and I’ve read every book.
Oh to escape—to get away! Birds look
as though they’re drunk for unknown spray and skies.
No ancient gardens mirrored in the eyes,
nothing can hold this heart steeped in the sea—
not my lamp’s desolate luminosity
nor the blank paper guarded by its white
nor the young wife feeding her child, O night!
I’m off! You steamer with your swaying helm,
raise anchor for some more exotic realm!
Ennui, crushed down by cruel hopes, still relies
on handkerchief’s definitive goodbyes!
Is this the kind of squall-inviting mast
that storm winds buckle above shipwrecks cast
away—no mast, no islets flourishing? . . .
Still, my soul, listen to the sailors sing!

Translated by E. H. and A. M. Blackmore in Six French Poets of the Nineteenth Century (Oxford University Press, 2000) 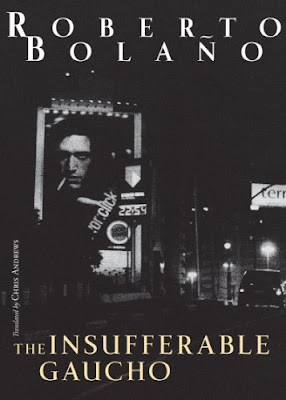